We all had this tremendous appetite for live music.  Coming from disparate corners of the UK, all of us being 17 or 18 years of age, escaping the boredom of living at home with families in sleepy neighborhoods, we just could not believe the plethora of live music many nights of the week at the University of Manchester Student Union, the Institute of Science and Technology (UMIST), downtown venues and surrounding colleges.  My recollection of those times was that our ‘band of friends’ would venture out most weekend nights for one of two performances, and also mid week when possible.  I recently came across my first year (freshman) student union card, on the back of which I diligently recorded the band/artist roster for the first two semesters of that first year.  A list-making & collecting compulsive/obsessive pattern that has followed me into adulthood.

A total of Thirty Eight performances over the first two semesters – here is the illustrated list with a few annotated memories.  This is a pretty amazing list in retrospect.

Starting with the most memorable for me – Led Zeppelin at the Students Union, March 19th.  Although it was March, the Union Hall was packed solid, standing only and getting very hot.  I recall making my way over the tall window on the west side and climbing onto the ledge – fabulous view over the heads of all and then cracking open the window to help cool the room. 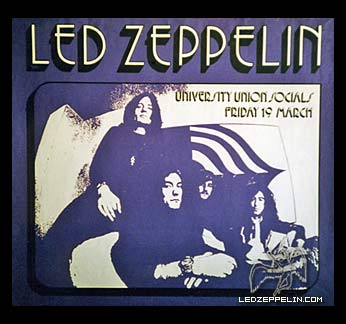 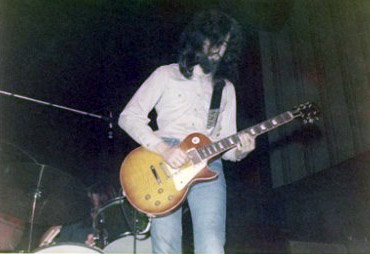